University College Isle of Man (UCM) has a long and illustrious tradition of serving the further education and training needs of the Island's community.

The opening of the Douglas School of Art, where Archibald Knox was one of the first pupils.

The early twentieth century then saw evening classes provided by the Island's Education Boards for people wanting to extend their learning beyond primary school; the subjects offered included Science, Commerce, Technical Instruction and Literature. Education and training opportunities widened under various organisational arrangements to include Domestic Science, Institutional Management and Catering in the 1920s, which was then enhanced to day-time provisions in the 1930s.

Following the 1944 Education Act, all further education training was combined with the School of Technology, Arts and Crafts in 1947, which then became the College of Further Education in 1960.

College of Further Education move premises from the Lord/Barrack Street site, to where the College sits today on Homefield Road.

The title Isle of Man College was adopted in recognition of its wider involvement in general and higher education and its crucial role in underpinning the Manx economy and quality of life.

The Isle of Man College of Further and Higher Education rebranded to the University College Isle of Man (UCM) in September 2016.

As the Isle of Man’s national college, we have always strived to provide our students with a number of career options, with different levels of qualification to support them to achieve their potential through academic and vocational courses as well as leisure and recreational courses. The growth of UCM’s Higher Education (HE) provision will, in turn, strengthen the Further Education (FE) courses giving students more options and opportunities.

Keyll Darree which offers Nursing, Health and Social Care education and training on the Isle of Man becomes part of UCM.

The Services to Business (S2B) Guide, which lists UCM's wide range of offering for local businesses, was launched. Training courses offered include core training programmes, bespoke or one-off courses developed for specific business needs and opportunities for businesses and UCM to collaborate and share specialist knowledge to deliver a course. Businesses can also book some of the facilities available at UCM six campuses and to partner with UCM on research initiatives.

Research Vannin, which is a collaborative information and resource hub that supports and develops research across the Isle of Man, was launched. Led by UCM in partnership with cross-government groups, including Research and Development at the Department of Health and Social Care, Research Vannin held the island's first-ever Festival of Research.

The Learning Company, a graduate internship programme, was launched in 2020. The programme incorporates interns from a range of degree backgrounds including, Computing, IT, Graphic Design, Visual Communications, Marketing and English, who develop a variety of engaging and motivational online course content for UCM and partner organisations. 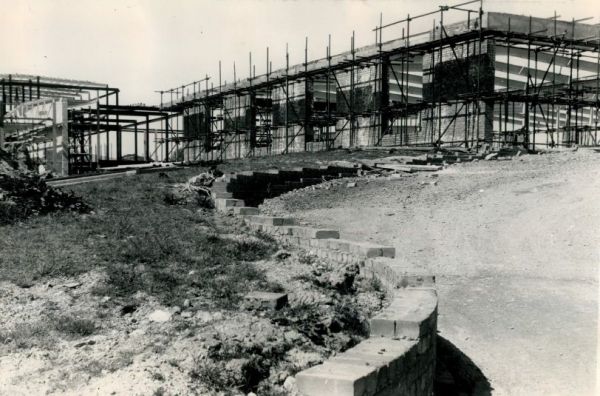